Nike News has revealed that the React Element 55 KL will release on txdxex.com November 4, a day before its full retail debut on November 5. The shoe’s yin-yang mix of marbled light and dark tones draws from the back and forth of real world living while also nodding to the multi-platinum status of Lamar’s albums. 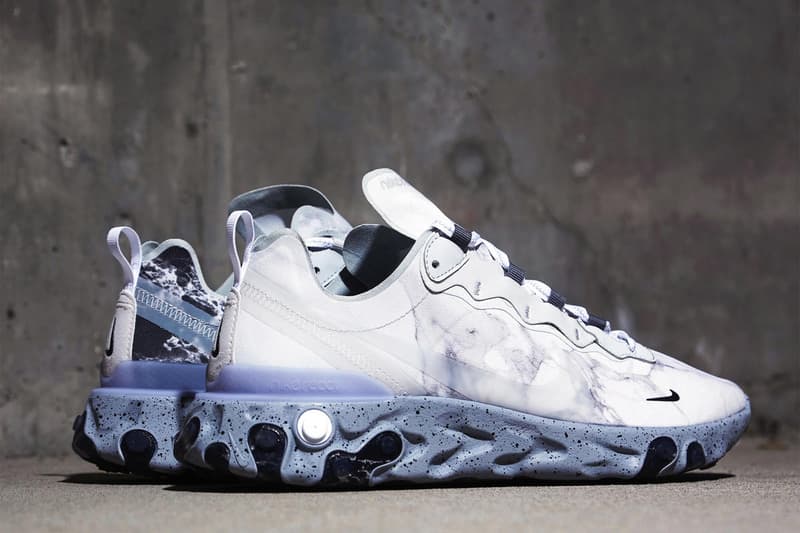 After teasers emerged recently, NikeLab and Kendrick Lamar have officially revealed their collaborative React Element 55 release. The sneaker moves away from the translucent features of previous Nike react releases, with the uppers constructed from textile that has been decked out in a marble-inspired colorway described as “Pure Platinum/Clear/Wolf Grey.” 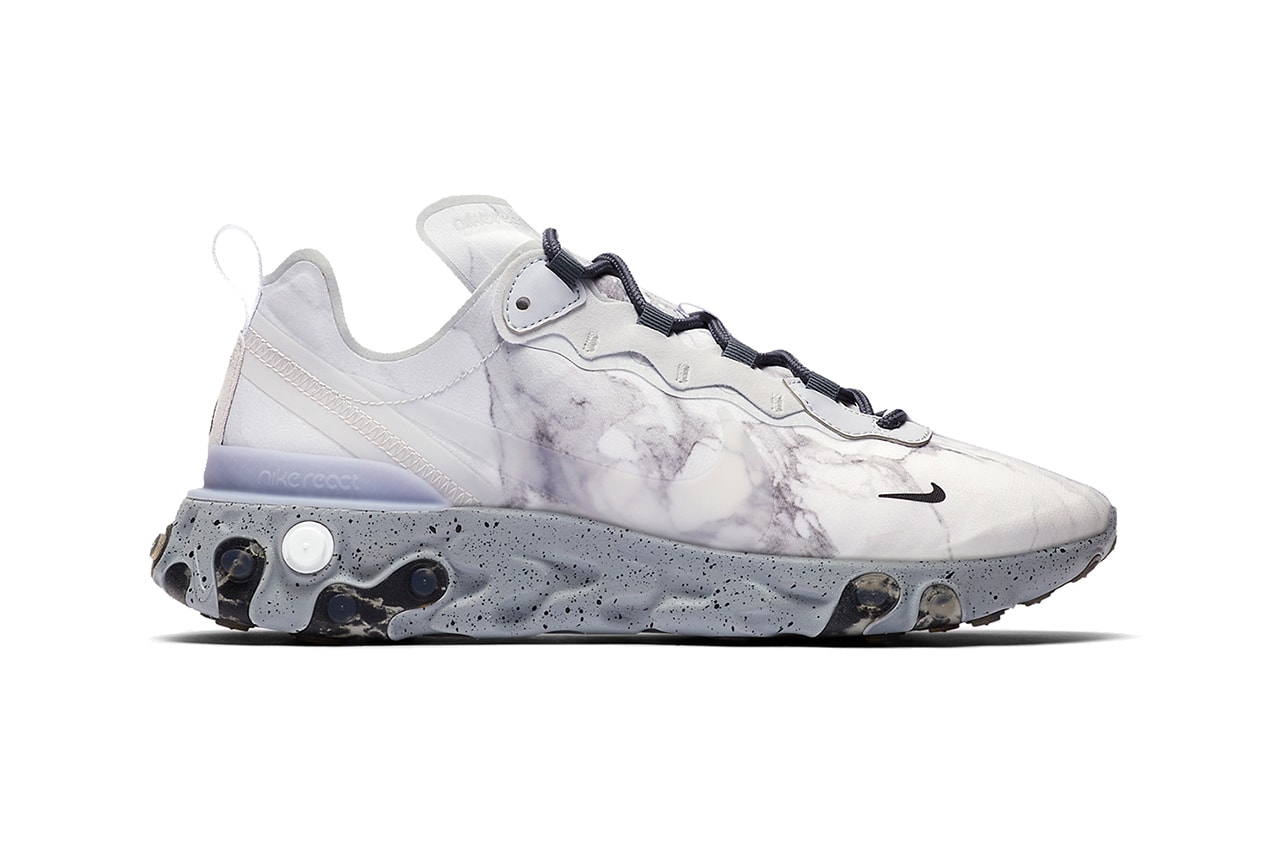 The left and right sides of the shoe are slightly different, with one side of the split featuring a predominantly white marble effect being predominantly white the other side is predominantly black. This upper then sits atop the signature React tooling, which also features the marble colorway on its rubber outsole.

Take a look at the Kendrick Lamar x NikeLab React Element 55 in the gallery above, and expect the sneaker to arrive at retailers including Sneakersnstuff on November 5.