Arguably the finest distance runner the world has ever seen, Eliud Kipchoge secured a permanent place in sports history when he ran the first ever sub-2 hour marathon on October 12, 2019 with an early prototype of Nike‘s Air Zoom Alphafly NEXT% on his feet. Since that day, man and divisive, carbon fiber plate-equipped shoe have been forever intertwined, so Nike Running is paying homage to Kipchoge’s feat with a special edition of the NEXT%. 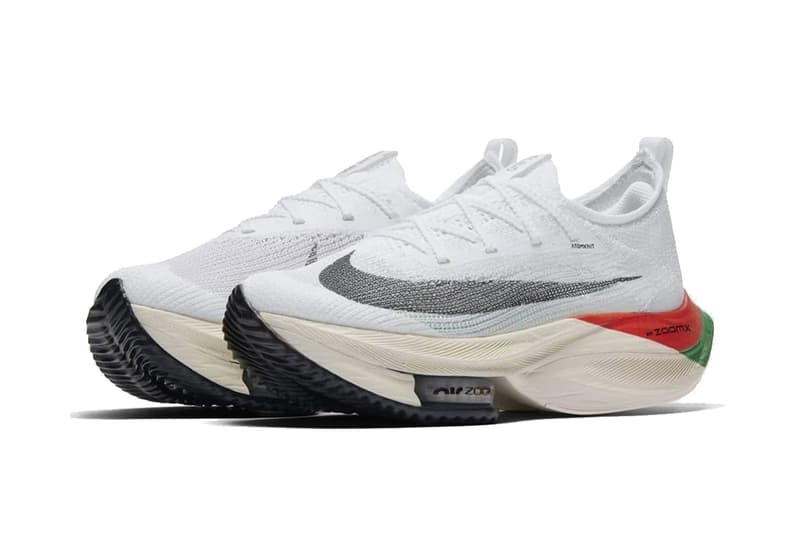 Uppers are made of feather-light Atomknit, an evolution of Flyknit tech that’s looser in the forefoot for breathability and tighter in the heel for support. A large, printed black Swoosh stretches from toebox to lateral midfoot, while heels read 1:59:40 (left shoe) and EK (right shoe), a nod to Kipchoge’s final time and his initials. These details are inversed on the insoles, which are split between red and green for a dual-colored detail that, when the wearer’s foot is not in the shoe, is visible through the aforementioned Atomknit. 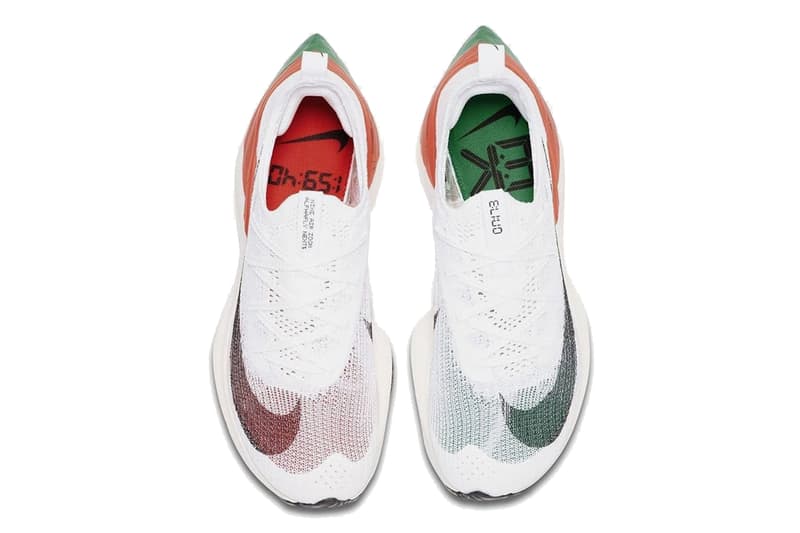 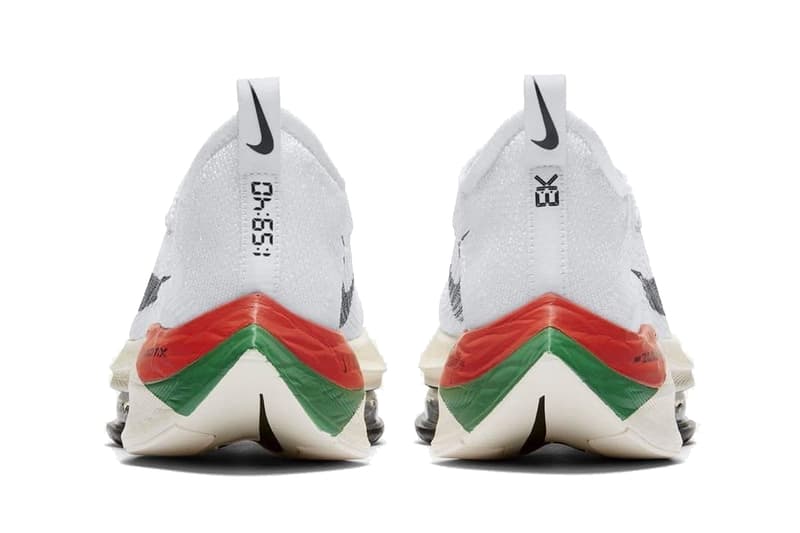 This mixture of red and green is replicated on each sharply-shaped heel for a dual-pronged nod to Kipchoge’s Kenyan roots. The entire midsole is built of ZoomX foam and features a full-foot carbon fiber Flyplate that works with two gray Zoom Air pucks in the forefoot, an energy return setup so potent that some in the running community have derided it as an unfair advantage.

Nike has yet to announce an official release date or price for Kipchoge’s Alphafly NEXT%, but it may be in line with the $250 USD MSRP of previous pairs, and could release on a commemorative date like October 12 or November 5 — the marathon’s anniversary and Kipchoge’s birthday. Jil Sander and UNIQLO’s +J Collection Might Just Save 2020