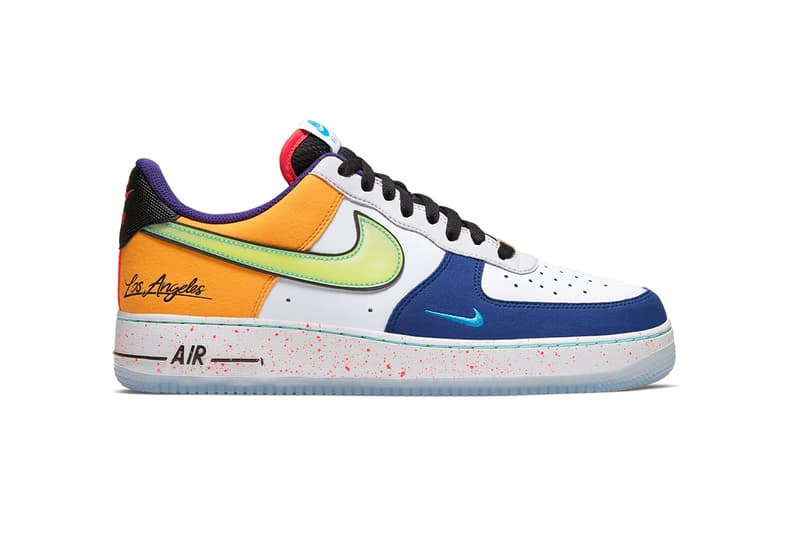 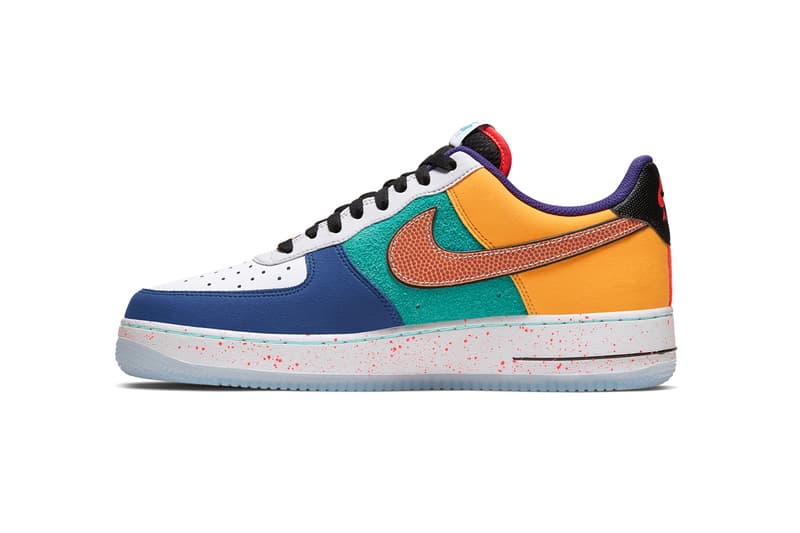 Taking cues from the Clippers, Lakers, Dodgers, Angels, Rams, Chargers and Kings, these Forces use each squad’s accents on separate panels, making for a look that’s very much the sum of its parts — or in this case, teams. The mixture of materials is just as far-flung as the palette, with notable pieces including (but not limited to) pebbled orange basketball leather on the right shoe’s medial Swoosh, plus baseball stitching on the left shoe’s medial quarter, and an opaque, holographic Swoosh on its lateral midfoot. 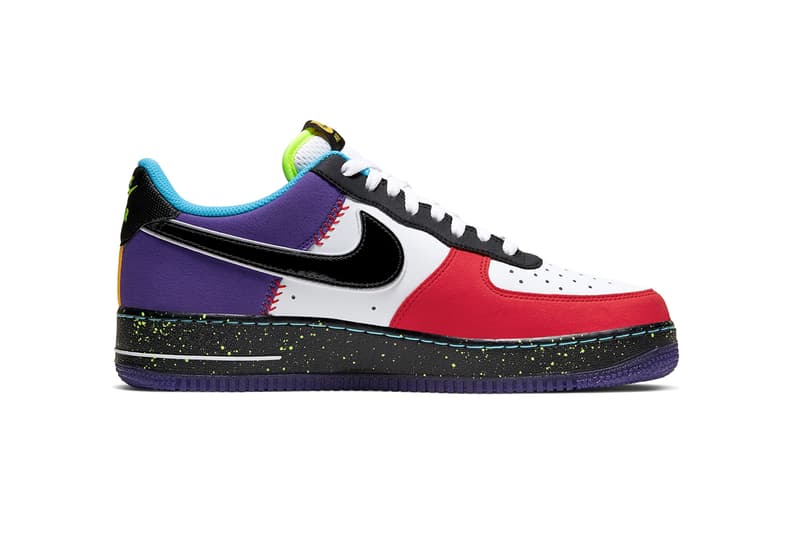 Each foot also features a different-colored lace dubrae and paint-speckled midsole. Micro Swooshes hit the lateral forefoot, and the insoles offer a yin-and-yang mix of black and white, each stating “Los Angeles” in cursive script. The same script hit is then debossed on each lateral heel piece to finalize the city-centric look.

Swoosh fans and LA natives both still in the city and scattered around the country will be able to secure their pair at retailers like Sneakersnstuff come November 1. The MSRP is set at $130 USD.