Tom Ford is taking the next step in his partnership with Estée Lauder, this time by introducing a brand new Tom Ford Research line, which just made its debut with two skincare products. Ford, who obviously knows his way around skincare, has admitted that he never found skincare products that he really liked. So, he decided to create his own luxury skincare range that is also backed by science. 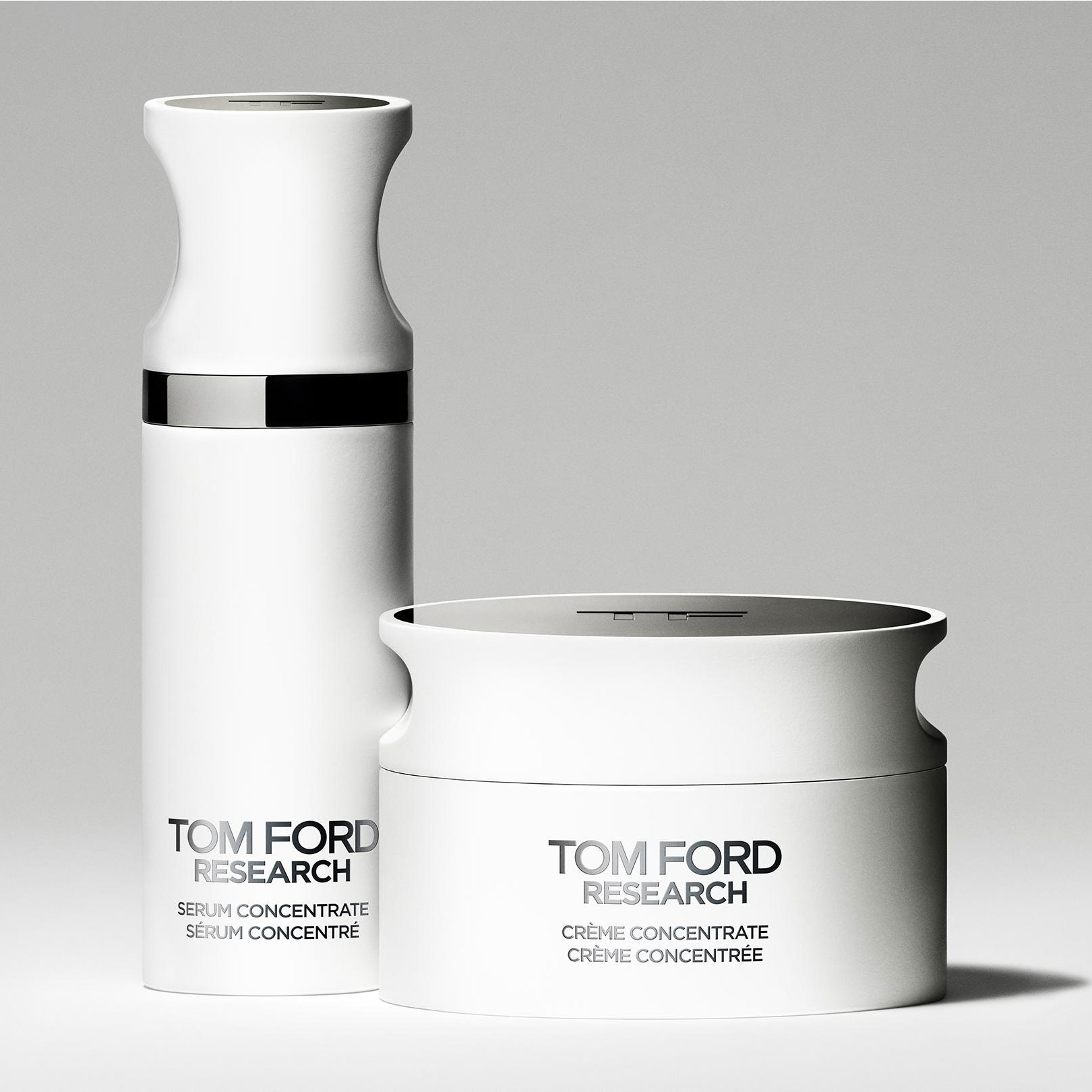 For the launch of the new Research line, Tom Ford requested and received his own lab. For three long years, the designer has been working with a team of scientists and researchers to create the Serum Concentrate and Crème Concentrate – the first two products in the collection.

Caffeine is one of the most important ingredients that was researched in the labs. The idea to build an entire line round caffeine came from an advice by Tom Ford’s dermatologist – the best thing for puffy eyes is a moist tea bag. For, every time he used it, Ford noticed that it also moisturized the skin. By combining caffeine with glycolic and lactic acids, which promote cell turnover, and hyaluronic acid and peptides, Ford was able to create two moisturizing products that cocoon dull, dehydrated skin, while providing an immediate sense of comfort. To illustrate how serious and dedicated Ford was, let me just note that the research team created around 75 different formulations for the two products before Ford approved the final ones! 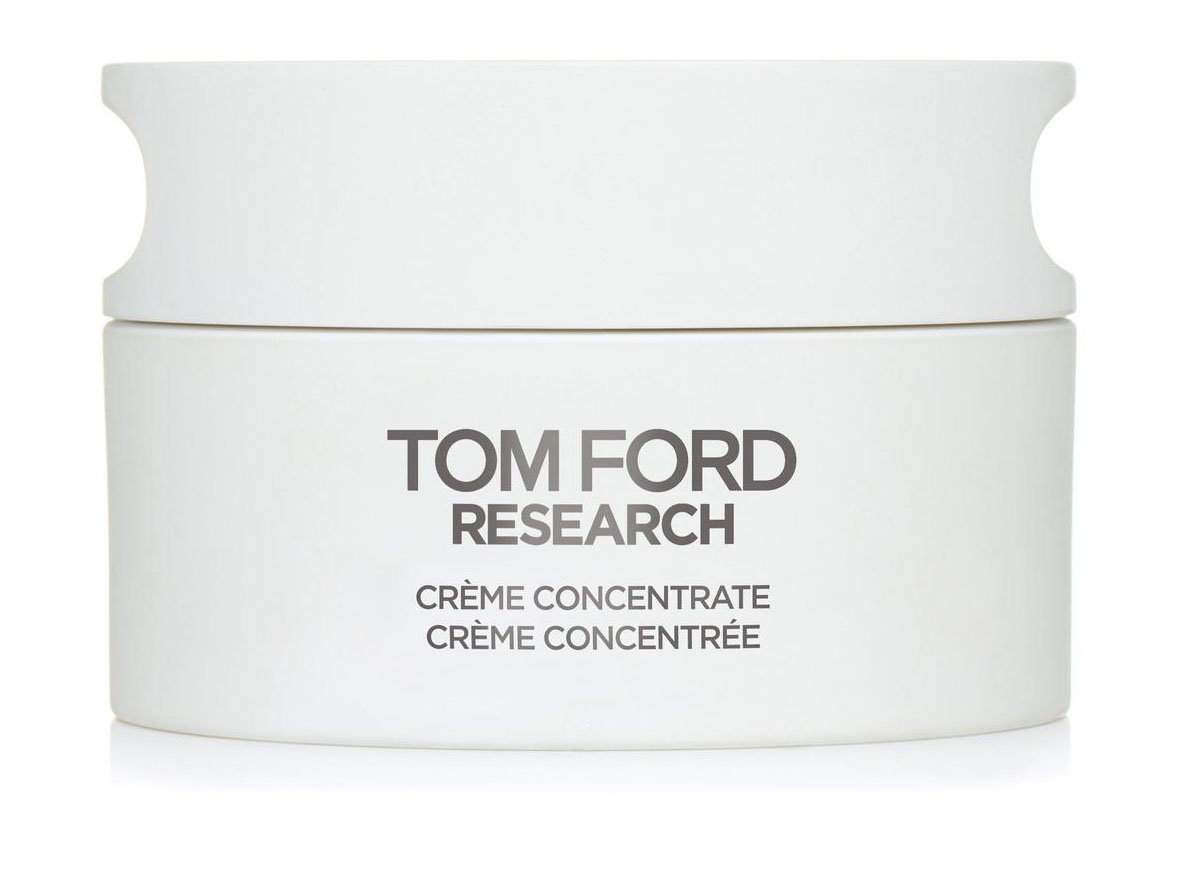 Tom Ford Research Crème Concentrate is an energizing, moisturizing, and soothing ultra-rich cream that feels lightweight on the skin. It melts into the skin, making it look and feel fresh and luminous. The skin is recharged and youthfully renewed, while the appearance of lines and wrinkles is diminished. The Crème Concentrate comes with a price tag of $450. 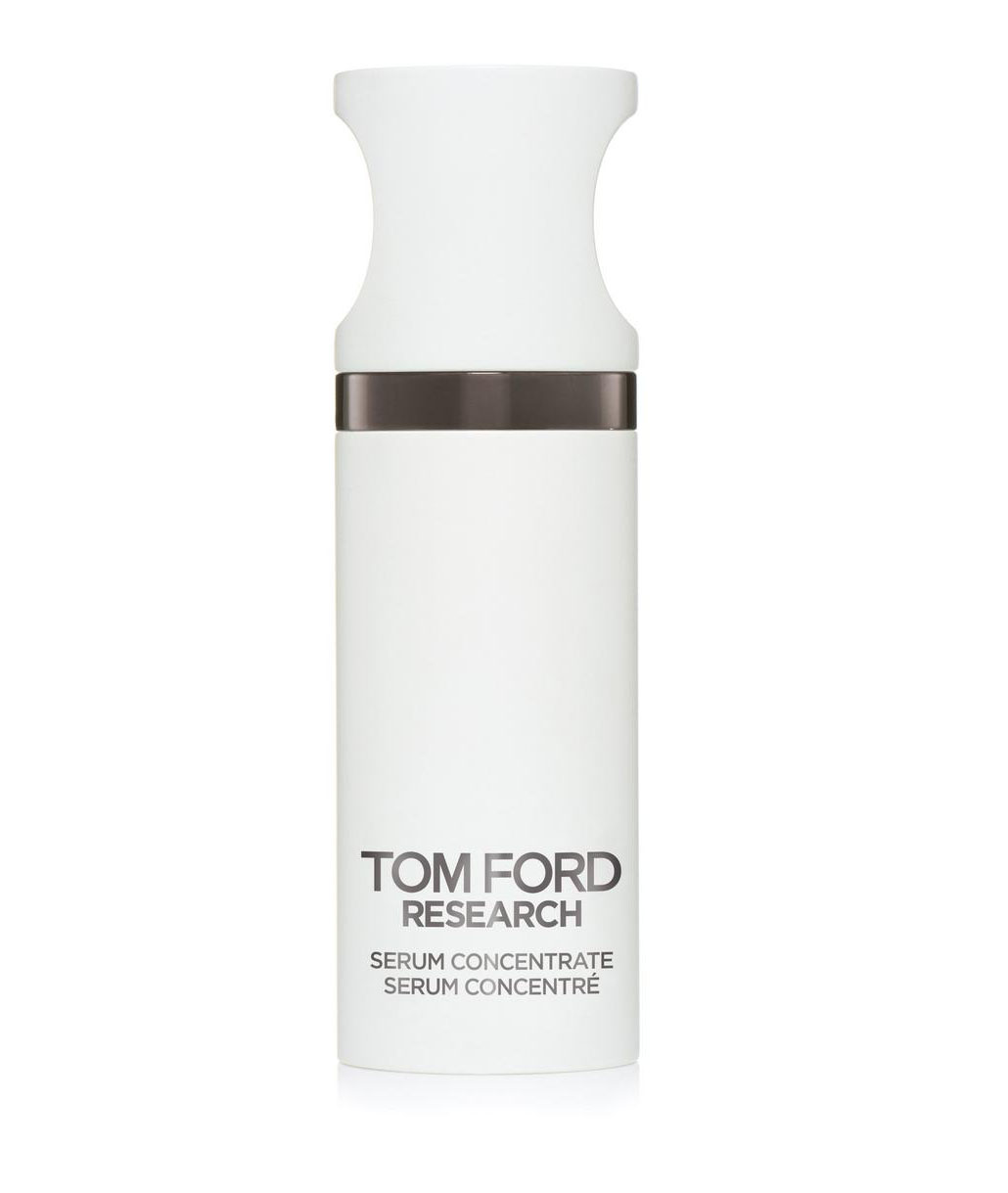 Tom Ford Research Serum Concentrate is a highly potent serum that energizes and transforms the skin, enhancing its texture, tone, and luminosity. It reawakens tired looking skin and helps it retain moisture. At the same time it provides a powerful resurfacing effect by reducing the look of lines and wrinkles, and diminishing the appearance of pores. The serum is $350. HERMÈS TO KICK OFF BEAUTY BRAND LAUNCH WITH LIPSTICK COLLECTION